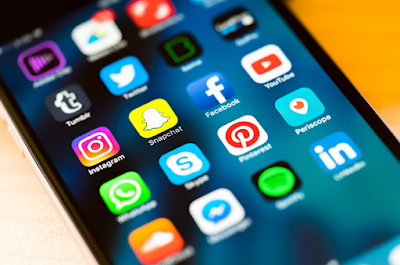 We don't have a high divorce rate but our marriages have been linked by technology and nothing reaches a traumatised person more than technology. We have had nominal marriages for centuries before social media technology brought the inner feelings of key players to the public.

Even those with eponymous palatial homes do have quarrels no matter how nice their house is. Social media captures people's thoughts and even the "mighty" like tangerine Trump, the invasive nature of social media has bewitched a generation into divulging their pains and this they do in details often gross.

Corruption, yes one might wonder why corruption is a suitable analogy in the emphasis on paradigm shift from an unconnected 20th century and the digital 21st. I am fortunate to have lived in the Abacha era and I would have agreed totally with Buhari that Abacha didn't steal a kobo. In the 20th century- I am sounding like a history lecturer when it's actually 2 decades ago- there was no digital media or connectivity, we were at the hands of traditional media who spun stories to favour the dictator.

Who does the cap fit?

I'd answer, General Sani Abacha in the 20th century but in the 21st century of massive information, I'd be a little weary.

We didn't know about corruption because there was no dissemination of mass information mostly through social media, Buhari probably didn't know the extent of that problem then or maybe he did but certainly we didn't know as citizens, we just caught slight rumours through occasional whiffs.

Bad marriages have been with Nigerians for even longer than government corruption but technology via social media has brought it up in the 21st century, we ate seeing people who would have patched up their bruises and proceeded to church in 1995 as a happy couple but deep down inside, they are hurting.

The 21st century of social media brings it "as e dey hot." There is no time to pick a land line and dial your relative of which he has to be at home to answer you immediately, with smartphones and social media, there is no time for anger to dissipate that's why it seems most marriages are sad marriages.

In 1995, the public would only hear rumours that Tiwa had left her husband. Before even hearing from the horses mouth, there would have been a family reconciliation because information was anaemic before the age of social media.

What we had back then was traditional gossip like "Tonto Dike had STIs from her husband" but you weren't privy to a definitive information if you didn't know the "happening" people in town.

Some marriages aren't going well but it may seem like a big majority when it certainly isn't so, it only seems so because of our interaction with information via social media- the first and reliable communication port for a hurting heart, landlines didn't work so well.

Our use of invasive technologies is shaping our perception and even presidential elections through fake news but this is the price we pay for too much information, a warped perspective when real data shows that most Nigerian marriages are good ones.