Home / celebrity gist / Kemen Is A Product Of Patriarchy

Kemen Is A Product Of Patriarchy 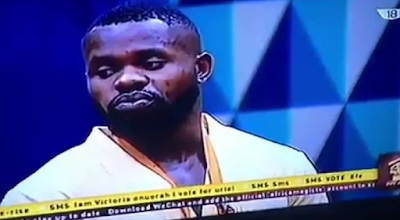 As much as I sincerely wanted Kemen to do the right thing which is nothing short of a sincere apology, he disappointed everyone with his halfhearted social media post which some would take as an apology of some sort.

I wouldn't accept his kind of apology because it lacked seriousness and sincerity.

Men like Kemen are the reason women keep demanding gender equality and more action against products of patriarchy which he happens to be.
That's why developed countries don't take sexual abuse against women lightly.

The casual nature of his purported apology bellies the condescending attitude of men raised and protected in a patriarchal society- a world county of lawlessness and wanton groping of women without due consequences.

Kemen is a product of patriarchy and you could miss the invisible hands that have moulded the night-groper, you will hate Kemen the product but you can never see that patriarchy is the template upon which unprincipled and unaccountable men are made.

You can strike at the mindless product, sack Kemen but you will never make a dent because a patriarchal society is at full swing, churning out more men like Kemen. You can't punish them all but you can change the template, you can correct the system that makes such men.

Sexism and misogyny will continue and feminists calling for punishment will only be a superficial remedy for a deep rooted phenomenon.

Don't create the next generation of misogynists by consciously enforcing the age old idea that the boy is more relevant than the girl child.

I think sex education should be in the curricula of every primary and secondary school, 'informed consent' would be a good area worth considering.