Home / religious community / How I Made A Relative Stop Giving Her Tithes To Pulpit Hustlers.

How I Made A Relative Stop Giving Her Tithes To Pulpit Hustlers.

I related a story of how I made a relative stop giving her tithes to pulpit hustlers. 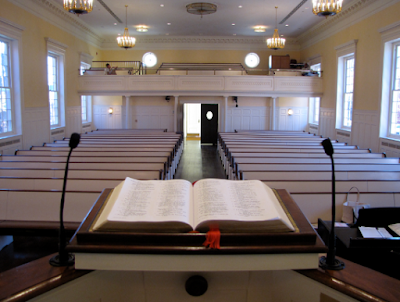 This has been the most important thing for me as a nonreligious person who is informed about the massive corruption in today's church.

My relative stopped giving 10% of her salary to pastors after I showed the scriptural flaws in tithing, she instead saved the money in an account and paid it to a poor family friend with one promise;

"Buy a sewing machine and be independent."

Last year, my relative showed me the beautiful clothes the woman sewed for her and her family.

As a woman, she told me that the fabrics were expensive fabrics-I wouldn't know the difference- and that her heart was so full of joy.

This woman saved her tithes and sowed a non refundable seed into the life of a poor woman who has since become an owner of a small unisex tailor's booth.

Your tithes should go into making a difference for people.

You can buy a tricycle for someone who will feed his family from your tithe.

Tithes should go to the poor like zakat not people like Oyedepo, Adeboye, Oritsejafor, Oyakhilome, Kumuyi, Okotie, Mouka, etc

These rich pulpit hustlers will threaten you with poverty and hell but if you are scripturally sound, nobody can threaten you to give them money.

No human being can extort a sound Christian.

Always ask yourself; "what would Jesus do?"

BTW, that my relative got a promotion the year she stopped paying to rich church hustlers.