I Am Disappointed In The Judgement Regarding The Apo Six Murders 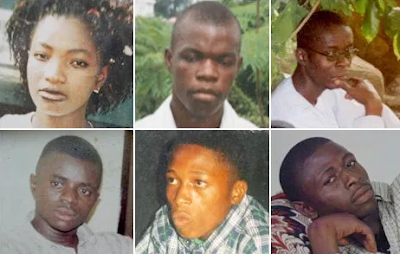 I am disappointed in the Judgement today regarding the Apo Six Murders.

Two junior Policemen, who admitted they carried out extra-judicial execution of two out of the six traders, were sentenced to death, while three other junior policemen, and their boss (believed to have given the order to kill) were discharged and acquitted.

Who killed the other four traders?

Some of those acquitted actually either ordered, or took part in actual killings, but the convicted were nailed simply because they admitted in written statements that they took part because they were ordered to, statements made in the hope it would exonerate them of direct responsibility.

Sergeant Rogers of the Abacha era who killed Kudirat Abiola and Alfred Rewane was let off the hook simply because he claimed he was taking orders.

Yes I know its not that straight forward. Abacha was Head of State. Ibrahim Danjuma was a Deputy Commissioner of Police.

The law is indeed an Ass.

Plus we lack forensics. Proper forensics would have placed all the killer policemen at that scene. Ballistic tests would have determined the actual guns used in committing the murders.

But here we are, all that was used to nail was an admittance in a statement that was even recanted.

Well, let those who have been convicted die.