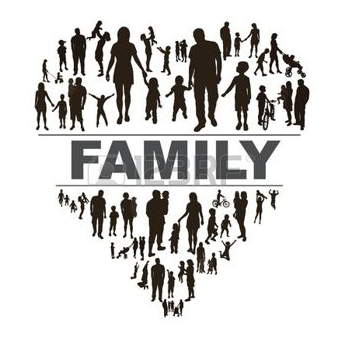 This works for men and women who are both traditional in their orientation, It would be a near disaster if a Traditional man marries a modern woman or a traditional woman marries a modern man.
The thing with tradition is that it is deeply ingrained in people's minds and wanting to change their mindset would bring serious conflicts and friction.
The traditional man is best suited for a traditional man, she would have no problem with him providing everything while she does he chores, she will only have a problem with him when he looses his means of livelyhood and cannot provide then the burden falls on her shoulder,

That is when she may resort to measures like starving him, emotional abuse and torture. Unfortunately the traditional man is also not suited for the change, he would think it degrading to do chores while she provides so she would work and return to do chores while in most cases he resorts to drinking.

This kind of structure is not too accommodating of change , for it to work the man must always be able to provide and the woman must always be available to do chores, If a woman fails in her role of doing chores the man would threaten or in most cases seek those things outside because he believes that he is entitled to those things as a man and must get them.

In most cases the woman has zero knowledge of her husbands earnings and bank accounts, she may not even be the next of kin. When he dies she is usually in for some surprises as banks may reposes assets relatives may kick them out etc. She is normally helpless without a man providing

If he is widowed the man remarries immediately or is forced to remarry immediately as he is not equipped for chores and child care. He is domestically helpless without a woman doing chores

It is also believed in this structure that the woman's money is being saved for a rainy day so the man has no right asking for accountability on her funds.

Women in this structure do most of the chores and men helping out should never be taken as a right, there are several stories to buttress this point on how a man was " Helping" and a woman decided to embarrass him in front of guests by calling him to come and turn semo" the horror". There are also stories of why women shouldn't do too much financially else the man will take you for granted and spend his money on side chicks.

For this structure to work both must be honest and open and not be given to sterotypes and side talks.

If a man is home before his wife he does all the house chores necessary and if a woman earns more than the man she takes the lion share of the bills in some cases the man may even be a house husband and this structure works for them.

Why did I write this? Find the kind of structure you want, Find someone who thinks like you and marry them. Don't be boring us with hashtags and harrassing me inbox to comment on wife not cook drama.

We are all adults everyone should do what works for them