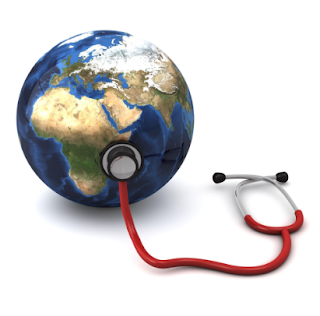 The perennially corrupt dictatorship of Robert Mugabe reduced Zimbabwe's health sector to shambles but he is taking a medical vacation to the geriatric ward in Singapore.

Where is the human touch when African leaders destroy their own countries only to waste money on medical trips abroad?

Singapore is one of the most expensive places to seek medical care but this man, much like Buhari, has no interest of the common people at heart.

Buhari has been gone for a month now at taxpayers expense, there is no moral justification for what these two dictators have done.

The least a good leader can do is patronize his country's health sector so as to increase its revenue.

Buhari was once a dictator when Mugabe became one and it's clear both men still share same attitudes to public funds and leadership in Africa.

What could happen to a human being's mind to make them so heartless to their fellow human beings?

Sometimes I wish hell was real so people that waste money from poor countries can go there.