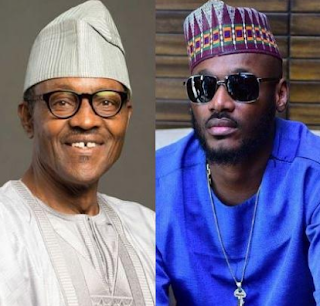 1.The official release by 2face Idibia in respect of the protest scheduled for Monday, February 6. I commend his boldness in coming out to stand for the people and essentially his efforts in articulating the charter of demands on security, education, health, power, unemployment, high cost of living, social justice, transparency, cost of governance, and patriotism.

2. I however think the charter of demands can be more smartly couched to resonate in a manner that reflects a deeper understanding of the Nigerian quandary and yet advocate pragmatic solutions , beyond superficial platitudes. I reckon that with the traction this protest stands to gain, the planners have the opportunity to take advantage of the mass rage and creatively refuse to be hemmed within the limits of prevailing cacophonous sensibilities within the polity and prevent an outshowing that will be discredited as partisan and representing a frontal attack on the government of the day, and ultimately make illogical, expressions of disdain and cynicism from any quarter.

3.The points that have been raised are fine, but with the application of more lateral thinking, there is the promise they offer in rather coming across as systemic problems, which require a systemic rejig. For instance,it is clichéd that there is a nexus between our inability to provide security, health, education, power and our huge cost of governance. It has also become trite that perception of social justice and the concept of patriotism in Nigeria are not just about the level of governance at various tiers, but also intertwined with the question of how we are presently structured, more pointedly the unwieldy nature of power at the center.

4. Now,I believe this protest has the prospect of galvanizing more support from the people, and amongst deep but moderate government apologists, if we began to pointedly demand for the abrogation of the profligate bicameral legislature, and rather adopt a cheaper Westminster parliamentary model as a strategy of making more resources available to trickle down to education, power, health, transportation, and other social needs.

5. This type of protest would be more engaging, instructive, and efficacious , if for instance, the organizers would use ample data on sustainability of our States like the one Oluseun David Onigbinde 's budgit did some months back , which presented Lagos as the only state with a healthy status, and argue that if we must create wealth,live abundantly, further save limited funds, mitigate social injustice, and enhance patriotism by reducing the tension associated with the inexorable desperation for power grab at the center, our 36 states structure, in the light of our meagre resources, which only serve politicians in the mostly unviable states, should be collapsed into a- six - regions model, or a variant which would be in favour of seeking greater powers for the states as presently configured, and in either of the options, demand for resourceful leadership whose engagement in government would merely be on part-time basis. You have neither attacked Buhari or Jonathan, you are only presenting solutions to the systemic challenges that have made leaders seemingly more clueless than they actually are. Whoever then want to make partisan innuendos out of the foregoing would be on his or her own 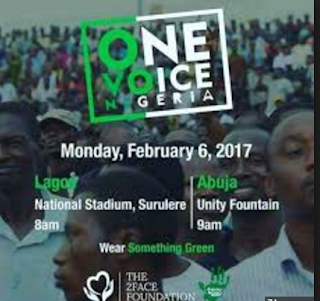