Living In Nigeria Is To Be Constantly Depressed And Angry 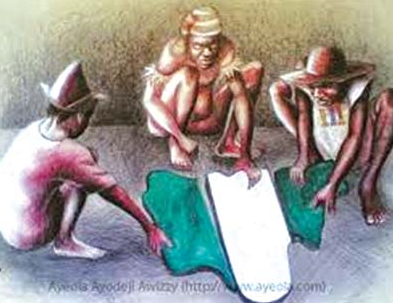 To be a Nigerian living in Nigeria is to be constantly depressed and angry at the things you cannot change.

I don't know how Nigerians do it but they simply get by unfazed by everything around us.

How do I stay sane when fellow human beings are killed in South Africa by black South Africans?

The plethora of tragedies that assault the emotional system of a Nigerian creates immunity to abuse and wretched poverty.

Go to Japan and see the number of people entering the suicide forest because of personal tragedies but Nigerians don't die, the government can't do enough to unsettle a population used to miserable discomfort.

South Koreans have had massive protests for the 16th time in as many months.

We take too much nonsense that's why we never die or protest, it's the ease of coping with discomforts that created the perfect foundation for enslavement of which the baton got passed to African leaders like Buhari, Mugabe, Zuma et Al.

How does a sane human being stay in luxurious London when terrorist herdsmen murdered 20 people in southern Kaduna?

Why is the commander in chief not concerned about the Nigerians killed in South Africa?

To be a Nigerian living in Nigeria is to be constantly depressed and angry;

It is not normal for people to swim across the Mediterranean, it's not normal.

The UK and other European countries entertaining corrupt African leaders in their countries will continue to see more washed up bodies and immigrants because the conditions that people like Buhari, Mugabe, Jammeh et al create are similar to migrant incubation centres.

There are millions more being forced to scale 6 metre fences in Cueta, it's not normal to have these people risk life and limbs.