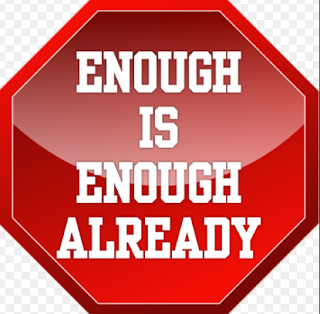 When I was planning to establish Furnish.NG and was setting up the hosting server, $1 was N197. But this administration came in with several economic blunders and rigidity which caused the Naira to loose its value to the point where we are purchasing $1 for N500.

The business environment is already so difficult. We are spending nothing less than N40,000 fuelling generators monthly. Cost of raw materials have doubled or tripled. Customers are complaining and it's so difficult for us increase the price of items.

Prices of foodstuffs, petrol, kerosene, gas, transportation, etc have either doubled or tripled. How much worse do we want it to become? Do we want to wait until we begin to starve?

Thousands of businesses have gone under, Hundreds of thousands of people have lot their jobs. The government cannot even ensure an optimum production of crude oil (which would have brought in forex and revenue at the official exchange rate) due to her rigidity in handling the Niger Delta militants. Public electricity is almost zero.

Even with the inflation and doubling or tripling of the cost of living, salaries are still same; in some cases, reduced.

Politicians are still looting taxpayers money and embedding frivolous and repetitive items in the budget yearly.

If Buhari knows how deep in mess this country is, he won't fly out to another country on a holiday. He will be working 24 hours to fix this economy.

It is time for us citizens to rise up from our callousness and take action against this insensitive and clueless government.