WHAT IF MMM CRASHED 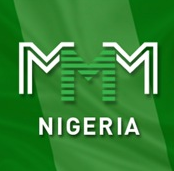 SO WHAT IF MMM CRASHED? DID THEY USE YOUR MONEY? AND HOW EXACTLY IS THE NIGERIAN STOCK EXCHANGE DIFFERENT FROM MMM?

Please allow me to be contrarian from all those people happily condemning the people who did the MMM thing as if they were now suddenly financial wizards.

I am speaking particularly to those of you WHO are BROKE, BUT HAVE NO BALLS TO DO ANYTHING ABOUT IT.

You have NO MORAL RIGHT to condemn MMM or the desperate people looking for get-rich-quick-schemes doing it. Also, in the same way, I have NO SYMPATHY for anyone who lost money, and now trying to get public sympathy by claiming they were taken advantage of.

You were ALL ADULTS and deserve no pity, if you allowed anyone to sweet talk you into it. YOU ARE RESPONSIBLE FOR WHAT HAPPENED TO YOU. PERIOD

Bottom line is that MMM is NOT Illegal and it is NOT 419. They explained CLEARLY what they were doing. They NEVER claimed to be doing any serious business.

They told you from day one that the way you make money is you 'gift' somebody and other people will 'gift' you. SIMPLE. It is for you to know how that is going to end.

The TRUTH is that the MMM is not worse than the Nigerian Stock Exchange. Yet, many intelligent people fell for the stock hype thing in 2006 - 2008. I don’t hear anyone calling them names.

In the Nigerian stock, Market OF 2006 - 2008 those who knew better than SO CALLED educated guys like me took advantage of us too. The Nigerian Stock Exchange of 2006-2008 was the big boys MMM

I was sending dollars form USA to buy stocks, and just kept them, while watching the prices go up like crazy. Some shares (INCLUDING THOSE OF SOME BANKS!) went from N3 to $180 in less than 3 months, with no visible increase in their productivity.

Yet, many big boys kept buying them like MMM. I myself, even took MARGIN LOAN to get even more stocks from the Nigerian Stock Exchange, when my common sense should be telling me that these stocks were overvalued like AOL stock.

Eventually the Stock Market crashed, the dangotes and Otedolas of this world took the money they had syphoned out to go on and build even bigger empires and million dollar yachts, and every one else went into their respective corners to cry and regroup.

It was painful but I never whined and NEVER even complained openly. I was a big boy who should have known better, so I blamed myself and simply looked for how to recover.

So, I simply decided to do the next best thing: I DECIDED TO HELP THOSE WHO OWED BANKS MONEY FROM MARGIN LOANS TO FIGHT THE BANKS AGAINST REPAYING, and I ended up recovering most of my own N100mllion loss working as a lawyer for those who lost money with banks. LOL.

So, to me Nigerian Stock Exchange was like MMM on a more sophisticated level because we saw companies with NO TRACK record of any profitability, or even assets, going public and garnering billions of naira overnight, and very educated rich people like bought those shares without really thinking the math through to see that there was really NOTHING backing those shares up.

So, this MMM was NOT different. It was just meant for the younger and less sophisticated desperado. The real smart boys among them have already taken their money and bought cars and built houses with it. You have been seeing some of them even here on facebook. So, not everyone was stupid to stay in so long.

As for ‘visionary' pastors now telling us it is ungodly to do it, I am not sure which bible they were reading. The laws of Nigeria as it stands is not against it, and the people who owned the MMM were TRANSPARENT in what they were doing. GO READ THEIR WEBSITES. So, what sin have they really committed? If the scheme collapsed on its head, it was a business gone bad. Period. No need to enter pulpit and start 'hearing' from God what you did'nt hear 6 months ago.

So, what exactly is ungodly there. Those WHO DID MMM were NOT trying to reap where they didnt sow. THEY SOWED THEIR MONEY remember?, they just WANTED TO REAP 30-fold and 100fold returns like the man in parable of the sower and parable of talents.

Remember, Jesus even told us the Sower in that parable of the sower also sowed some seeds on hard ground and some among thorns, before getting to the good soil.

READ YOUR BIBLE WELL PASTOR!
Even in the PARABLE OF THE TALENT, THE OWNER WAS HAPPY TO REWARD THE PERSON THAT GOT 100-FOLD RETURNS THROUGH SHORT TERM 'INVESTMENT', but called the man the man who really WORKED HARD BY DIGGING THE GROUND AND BURYING THE MONEY to keep it safe and ready for his boss when he returned 'LAZY AND WICKED'. So, explain that to me!!

And as for all those people writing good theories and talking about how people were taken advantage of by the owners of MMM, they should go and sit down. NOBODY WAS TAKEN ADVANTAGE OF! .. IT WAS A CAVEAT EMPTOR MARKET [BUYERS BEWARE] for adults.

If you were a pensioner and you let some 22years old boy convince you to invest your pension on a gifting deal, shame on you, old man. You should be flogged instead of being pitied. YOU SHOULD HAVE KNOWN BETTER!

People who invested in MMM were NOT deceived, just like Adam was not deceived before he ate the apple. Like Adam, they all knew what they were doing when they did it (ONLY Eve was deceived).

The website and all literature they used made it CLEAR they were not doing any business. They were simply sharing money contributed by others to some others.

THE OWNERS OF MMM WERE UPFRONT AND ANYONE WHO KNOWINGLY BOUGHT INTO THAT GOT WHAT HE DESERVED...

So, all the Monday morning quarterbacks condemning it now should please NOT tagging me with their nonsense.

They should just admit that they were secretly happy that some of those who dared to make money, lost money since they NEVER had the balls to risk the money game of musical chairs. 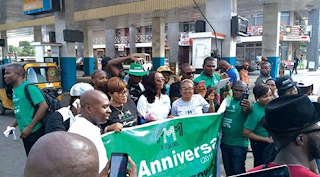 MMM was clear it was for ADULTS ONLY because even the owners knew this thing would crash eventually. Everyone knew it and the joke is on those who are stupid enough to think this was a business that would grow forever.

The reality is from day one it was a GAME OF FINANCIAL MUSICAL CHAIRS ... someone was bound to be left holding the bag when the music stops.
I did write my own warning a couple of weeks ago, and advised those doing it how to reduce their risk. I hope some of them listened.

Either way, for those of you who are gleefully laughing at them, my only comment to them is WHAT HAVE YOU DONE TO GET OUT OF YOUR BROKE LIFE? Did they use YOUR money to do it? At least they DARED to do something, even if it looks foolish to those who have been able to analyze it well. Stop dumping on them and get a life!