LASTMA: THE CLIMACTERICS OF UNABATED NUISANCE 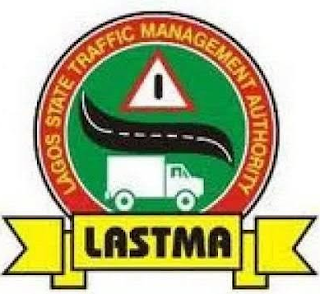 In the last 2 weeks or so, traffic gridlocks have returned to the streets of Lagos. And the rains, careless drivers doing their own thing and motor vehicle accidents have not always been the cause.
This time around, LASTMA, the agency charged by the people of Lagos to manage traffic on the roads for the good of all, is now to be charged (and deservedly so) for deliberate non-feasance, misfeasance and willful malfeasance. This organization is now to be held majorly responsible for our current road traffic discomfort!
Back in the early days of the Fashola government, I am reminded of Oshodi.
Oshodi and its environs had become a metaphor for all things criminal. The traffic gridlock on its main bridge was the contrivance designed by the ''area'' and its ''boys'' to provide forum for illicit wealth-creation to serve the lives and lifestyles of the crooked timber of humanity that ruled over the government of that underworld.
All sorts of uniforms, legitimate and illegitimate, paraded Oshodi - some to advance the cause of law and order and others to frustrate the cause of law enforcement - but others, even in the legitimate garb of law enforcement, furthered the cause of Oshodi's underworld economy more than they cared about society.
And so it came to pass that Oshodi came to reflect all that could be said about the criminal promotion of the underworld to overworld status. But its rise and rise owed chiefly to the collapse of legitimate authority through the corruptive influence of ''Egunje''.
That same Egunje, it now transpires, was the elixir that brought out the best - and sometimes the worst - in LASTMA. It was the ultimate aphrodisiac for their macho performance. But it was also their Nunc Dimitris. 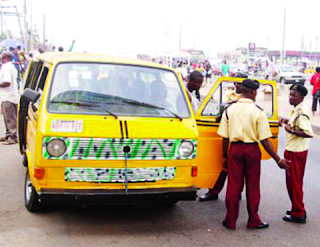 Having tasted the Egunje, LASTMA's decline into a rogue organization, and the degeneration of its officials into the class of infamy, was signaled. Today, to establish its relevance, LASTMA's officials are on a strike of sorts, the intention of which is to blackmail and perforce society into accepting that the Egunje factor must be accepted as an instrument of positive reinforcement in public service performance.
This blackmail must be roundly excoriated and rejected.
Fashola rose above Oshodi and we witnessed the climacterics of that previously unabated nuisance.
Ambode must dismiss this new ''organizational Oshodi'' called LASTMA. It is a rogue organization. It exists, in its current form, as an extortionist gang of brigands and though it had initially encroached upon the public with messianic zeal, it has now become parasitic upon the society and a burden upon the government.
A new LASTMA is needed. Ambode knows what to do. He should know. He has had a nasty personal experience with that LASTMA in times past.
Share on Facebook Share on Twitter Share on Google Plus