Why You Should Not Listen To The Lamestream Liberal Media

If there was ever a good example of why you should NOT listen to the lamestream liberal media, the 2016 Presidential election would be the perfect example! THEY WERE WRONG ABOUT EVERYTHING! 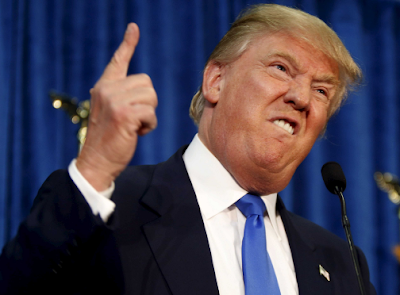 And now all the uninformed, misinformed, brain dead, college students and left wingers may get a clue by looking at the map why the founding fathers set up the electoral college to determine the outcome of Presidential elections, not the popular vote!

And yet we have left wingers and radicals protesting Trump's victory, claiming he doesn't speak for them! He speaks for all those in the red areas on the map. Can you imagine the backlash if Hillary had won, and Trump followers were protesting her victory?

The lamestream liberal media would be using it to promote the narrative that Trump's followers are dangerous to democracy! Yet, left wingers and far left radicals hit the streets to protest Trump's victory and it's an "exercise in democracy. They're expressing their first amendment to free speech!"

Many of these protesters are young, uninformed, misinformed, college students, and they were so distraught and traumatized by the results of the election, they couldn't go to class or take any tests! Seriously? LMAO...What a bunch of weak kneed woosies! We've got liberal professors and administrators to blame for much of this!

Newsflash: Grow up, get a life, and get over it! You don't always get what you want in life, and when you don't, protests, setting things on fire, and destroying other people's property won't get you very far! In fact, it's likely to get you an overnight stay in your local jail! And if that's the way you handle adversity, we're all in big trouble!