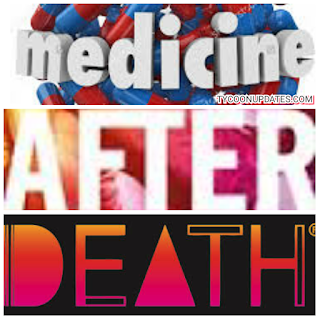 
The graph below is from the Guardian yesterday to illustrate the Headline 'Economy risks depression as negative growth lingers. In the report, they said the economy contracted further by -2.24 percent in the third quarter.


The second graph is a close up of our economy between 2015 and 2016. Can you see that in the third quarter of 2015 it grew, that was in response to Nigeria transiting from one government to another successfully. It was particularly significant that it was a change of baton from incumbent to opposition.

The world and the market responded positively. It was an opportunity for the new Government to tap into this growth trajectory and run with it.


Those who have been monitoring trends and reading the predictions and statistics about Nigeria knew we had to take the bull by the horns and take some fundamental economic decisions on the trot otherwise we risked recession. 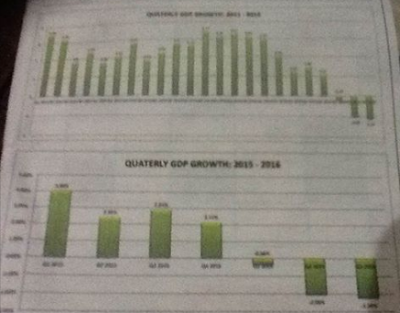 Those who dared suggest that the government pay more attention to the economy were called all sort of names. The more I read what experts wrote the more I wondered what was wrong with the Nigerian elite but I have since learnt about the 'post truth syndrome' and things became a bit clearer. The way things are the 4th quarter will end also in negative growth and we will end 2016 in recession.

Also, in the papers yesterday was the news that Government could only meet 13.75% of demand for forex in September as the monthly demand hits $4.8b. It is when we connect these dots that one really gets uneasy.

Today, the CBN has announced, following the Monetary Policy Committee meeting, that as far as recession is concerned, it is up to government as they are at their wits end. They are saying the government's fiscal policy is at odds with monetary policy so there is no harmony. Now everyone is turning on poor Mr President but it is a bit late in the day.

It is better to tell the parents of a rascally boy that their boy is getting out of hand than to tell them the boy is just being a boy and then turn round to blame them when the boy joins a gang and becomes a motor park tout. There was a time when government could have better reined in the economy when it was still within reach but some Nigerians challenged and shouted down those who warned we will get here.

The truth about where we are today is that our fate is not really in our hands anymore. Things can change dramatically for us should oil prices go up, and that will happen sooner or later, so we should just brace up and deal with the hardship still to come.

We are strong and we will weather it. I feel for Mr President and it must really be lonely at the top because all those who stood by the President, are now stepping aside to blame him. Such is life.