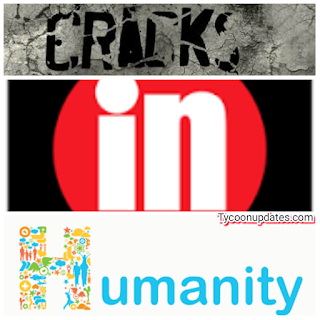 Pipe down, and get off your high horse. You are either racist, tribalist, bigot, sexist, nepotistic or snobbish. First we are either black, white, yellow or red, then we separate by national identity and here in Nigeria, we separate by ethnicity first and then by tribe followed by town and village. So two people who identified themselves as black brothers may become antagonistic to each other based on nationality, ethnicity, tribe or where they live.

That we are united in all these does not mean we are not separated by politics, bitter or not so bitter, so we separate the left from the right as well as those in the centre and those without affiliations. It is when politics and political talks begin that you know who is for you or against.

If you are above that, good for you but then comes the religious divide; Christian, Muslim, Jew, traditionalist etc and the cracks in humanity begins to show. What about discrimination according to sex, male and female. Observe that I carefully avoided other sexual orientation. Does that show my bias?

Everything is fine because we all love football and we are united in our passion until national and club rivalries come to play. Then we become reds or blues or green. When it is time to dish out favours we recognize family, old school networks, friendships and other affiliations first.

Then there is the issue of social segmentation and segregation or better put, class discrimination. Upper class versus bottom of the pyramid both with mutual suspicion and fear and dislike of each other. 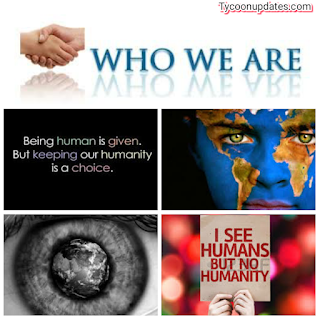 The simple truth is we are all biased. One way or the other. That's the way we are wired and what we can only do is work at reducing our biases because we can truly never eliminate it all.What we believe or think we believe does not matter, it is situations that expose who we truly are, to ourselves and others. Ponder on this.