Politics Is A Dirty Game

A member of the Trump campaign alleges some form of rigging in the early voting window because a group of voters (a racial group) who were already in line by 4pm when voting was to stop, were allowed to vote. 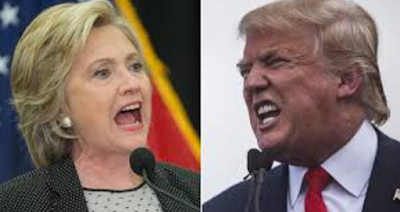 Politics is a dirty game and politicians are the same everywhere. The only thing that curtails them is the system and processes in place. We must build institutions that can stand against the shenanigans of individuals.

There is always a considerable timing factor when it comes to voting, talking from experience as PO during 2015 election.

while deviating a bit from the bone of contention. One wish the hilarious Clinton wins remember the imminent"Third World War".

She looks like someone going in to the white house to propagate the interest of some cabals and cartels. The Donald man looks much preferable to me.

In this year's election I should be an American eligible to vote, I will not only vote for Mr Donald Trump but will gladly mobilize my house and canvas for him.

Go to Libya, Syria, N.E. Nigeria, West Bank and Gaza: you will cry for humanity after seeing how many souls have gone due to a cause they know nothing about.

Don't be mistaken, I'm not of the opinion that a TRUMP wouldn't have done same, but this level of hypocrisy is much and has becomes exacerbated under Obama's regime.

If Clinton should emerge, the destiny of the whole humanity continues to be under the control of established organizations and cartels.

I'm not with Hilary if anyone cares to know.
NB: I've tried to restrain myself from commenting on the USA presidential election, so far, but I think I need to let out my opinion known.