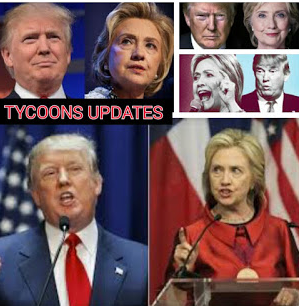 We heard CNN sent questions to Hillary before the last debate yet Trump still punched her hard and put her on the defensive throughout.

Is this delusional grandeur of the highest order? Even the blind that didn't watch but listened knew that Hillary trumped Trump in the 3 debates.

It's sure America is going to be great again as people are now deciding to vote massively for GOP candidate on November 8 election. Trump is changing the flow against the politicians already. 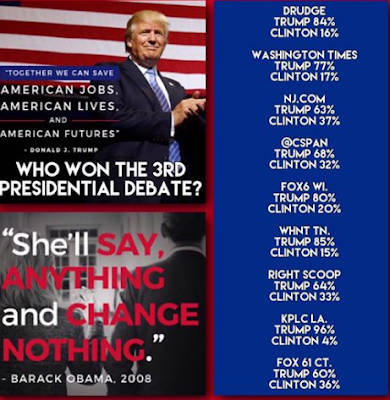 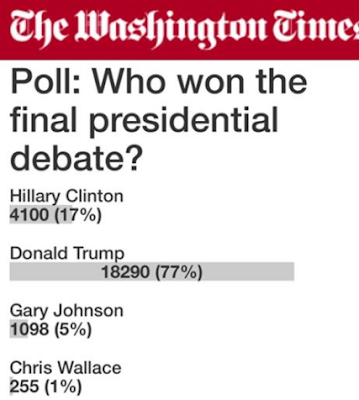 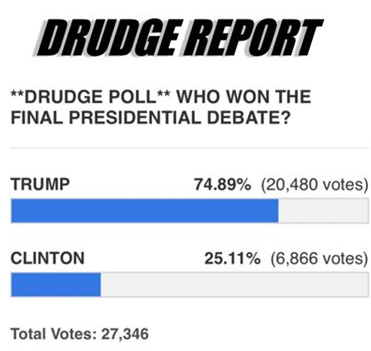