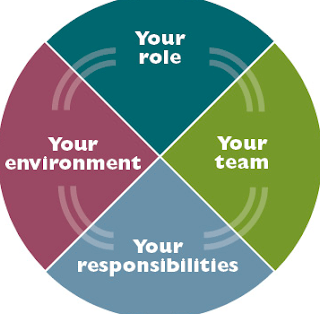 When people fully understand what FREEDOM means, they stop making excuses & start taking all out massive action to obtain it.

💥One of my BIGGEST MESSAGES to the world is that "It is
possibile to live your dream." Now, I didn't say it was going to be easy, I said it is possible.

💥We have a limited time here on earth, then poof, we're gone just like that. Before I get into it I want everyone to know that I'm not against jobs. If you have a job in this economic climate you should be grateful.

❗️However it's important for me to let y'all know that the educational system was put in place years ago to "Create a nation of workers, not thinkers." Starting off in pre school, all the way up to college, we're told what to do, when to do it, and if we don't do what we're told we get punished in some way, shape, or form.

❗️Then, the system forces young people into insane amounts of debt to attend college, just so they can graduate & spend the rest of their lives paying off the debt. How does that make sense? Most of our parents, their parents, and their parents have been so brainwashed & programmed that's it hard for our generation to break away from the chains, escape from the prison with no bars.

❗️The vast majority of JOBS force people into the "Box Life" for life.

❌Drive your box to work.

❌Sit at your box.

❌Type on your box.

❌Go to sleep in your box.

❗️Then MAYBE you get to take a vacation 1-2 times a year. Before you know it you're mid sixties, still working, contemplating the past 30 years, asking yourself what have I actually accomplished? Cmon. There's reasons why 3% of the world owns 97% of the wealth. All of the news & mainstream media companies are owned by roughly 5 families, & our own money, the federal reserve isn't even owned by our own government LOL. Enough is Enough.

🚨The media wants racial wars & separation.
🚨The system wants us to think we're free.
🚨The educational system, student loans, should be illegal.
🚨Where's the goal setting, leadership development, relationship building, sales, paradigms, law of attraction?
🚨It's 2016 & they're making business majors take Intro To Environmental Biomes.
🚨Costs $700 for a textbook, the school buys it back for $200, re sells for $650. Cmon Man.
🚨They want us to be drunk, high, partying all the time. Escaping actual reality. Form of control, yet again.

💘On a more positive note, we are currently living through the most blessed of times for those of us seeking freedom. With social media, the internet, etc, it's become way more difficult for the system to control us. There are opportunities everywhere. We just have to become aware & take control of our own lives.

❤️Don't listen to the masses.

💘I'm writing this because I care. It makes me furious to see so many people not tapping into their potential. Not using their gifts. Not following their hearts. It's not right, not ok, & we have to collectively wake up & spread the knowledge.
Share on Facebook Share on Twitter Share on Google Plus