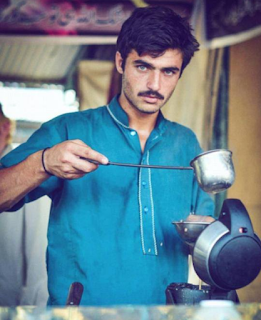 Ever dreamed of running into a talent agent and becoming a star overnight? Well, a Pakistani tea seller’s sudden fame has made that fantasy seem a little more realistic.


A picture of 18-year-old Arshad Khan began trending around the globe after a photographer happened to capture a shot of the blue-eyed vendor and posted it online. Simple as that. And now the youngster has even landed a modelling contract with an e-commerce website.

Netizens (especially girls) went crazy for his inescapable sense of melancholy and the deep stare from his striking blue eyes. The unique look of this sparkling young man has certainly attracted one online retailer, which has reportedly already signed him up on a modelling contract.

Many admirers have come to his tea stall to take pictures and videos of him, and photos from his first professional fashion shoot are already online. He says that he’ll try to be versatile, and would jump at the chance to act in films.

Online users also noted that people from different countries, some of which may even have conflicts with each other, happily discuss the common topic of a handsome man.
No matter what, let’s all look forward to watching Arshad’s career in showbiz! 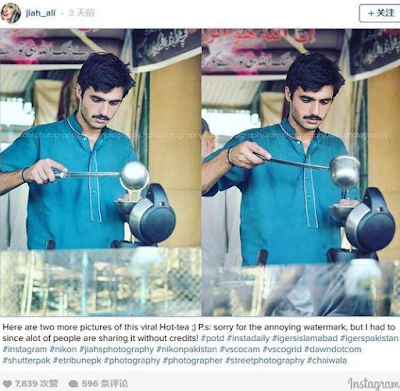 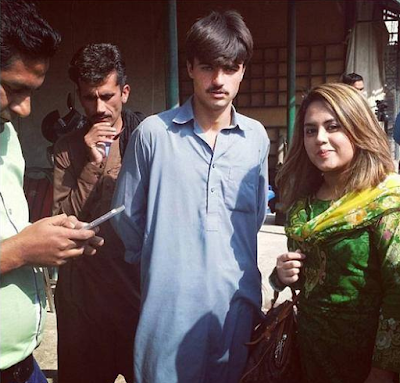