Peter Obi The Speech And The Path TO The Presidency 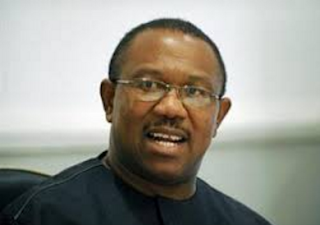 
1. One Speech Can Make a President
For those who say one speech does not make a president should remember the story of Barack Obama. Obama's DNC Keynote Addresss in 2004 paved the way to his presidential ambitions. That singular speech made the first African American Presidency possible. It's not every time you hear a speech like that of Peter Obi and when we get the opportunity to hear such we have to stand in awe. Those who claim today they have lived spartan lives and can curb waste have a lot to learn from him. That he is part of a government that is being branded today as spendthrift does not in any way diminish the great legacy he left behind in Anambra State. There is a great difference between being a CEO and being part of an economic team or being part of a political party.

2. The power of storytelling - Peter Obi told the story of his entire life as Governor. It's amazing that despite the fact that this story is old, it speaks about the Nigeria we are all aspiring to see. To imagine that his exploits as Governor is well known makes one wonder why none of his ideas has been replicated elsewhere in Nigeria.

3. Authenticity - Peter Obi has his flaws, but people can always find that the man is Authentic. He is not given to oratory, but he comes across as a man who walks the talk.
Share on Facebook Share on Twitter Share on Google Plus