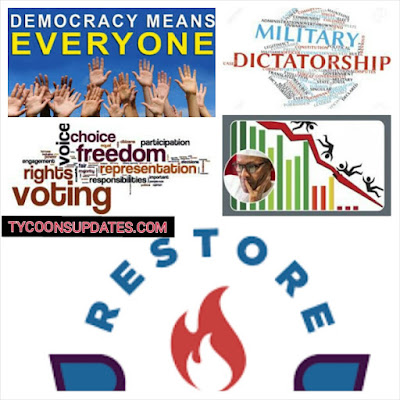 It is worrisome that some of our brothers in Southwest Nigeria are in tandem with the continuous detention of FFK by APC/Buhari led-government since May 10, 2016 on the allegation of misappropriation of public funs (PDP campaign funds)

A vengeance or anti corruption crusade?
It is on record that Chief Obafemi Awolowo who is known as the patriarch and frontier of Yoruba race (Afenifere) was jailed for 10 years under the leadership of the then military head of State (Aguyi Ironsi) for misappropriation of public funds, corruption, treason et al. We all condemned it and demanded freedom, justice and equity. Why the sudden silence in the face of tyranny ?

How would APC/Buhari led government explain the Shiite massacre in Zaria that claimed over 1000 lives and rendered many homeless? Why the continuous detention of Zakzaky who was brutalized by Nigerian Army

Why are some of our brothers in Eastern Nigeria in tandem with Buhari in frustrating Nnamdi Kanu and the abuse of fundamental human right in Aba and the killing of innocent protesters?