China is on the fast track!

The country’s largest rolling stock manufacturer recently announced the development of a high-speed maglev train that can travel at a record 600km/h.

Once commercialized, it would allow two-hour travel times between Beijing and Shanghai (1088km), the country’s two largest cities.

The venture is part of three pilot rail transportation projects launched by the state-owned CRRC Corp Ltd on Friday, which are authorized and supported by China's Ministry of Science and Technology.

CRRC said it will first build a test railway no less than 5 km along with its maglev train. The manufacturer said the key to materialize this high speed maglev train is to improve its levitation and traction technology. Instead of using fossil fuels, a maglev train “flies” above the ground propelled by the magnetic field created by the electrified coils in the guideway walls and the track.

China now operates the world's fastest commercial maglev in Shanghai, which has a maximum speed of 431 km/h. The 30km route connecting Shanghai International Airport with the Pudong district takes only eight minutes to complete.

Meanwhile, CRRC will start the development of a cross-border train that can run at a speed of 400 km/h. This train is designed to be capable of adjusting to fit different track gauges, voltage control conditions and operating ambient temperatures.

While moving fast with its high-speed railway R&D, the manufacturer also has an eye to improving railway safety controls by means of installing a critical early warning mechanism and reducing technical errors that could lead to deadly rail accidents.

China's high speed railways have been developing at full speed over the past decade. Right now, it boasts the world's longest high-speed rail network, which extends 20,000km. That will expand to 30,000km by 2020 and 45,000km by 2030, according to Jia Limin, a professor at Beijing Jiaotong University, and one of the top designers of the domestic high speed train programs. 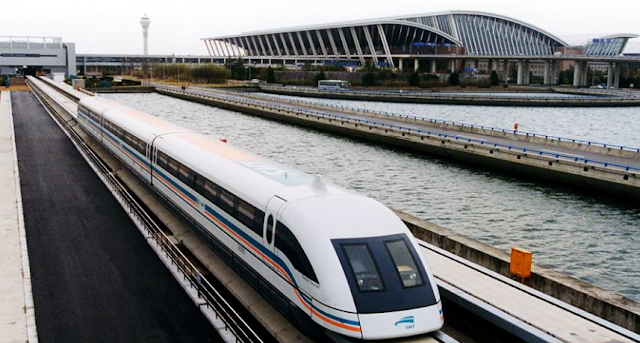