Home / football / international / local / Between Mourinho, Jesus And Living In Heaven On Earth

Between Mourinho, Jesus And Living In Heaven On Earth 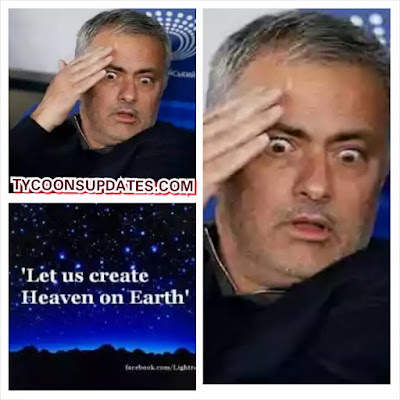 WHAT HAS ARROGANCE GOT TO DO WITH WINNING FOOTBALL GAMES? BETWEEN MOURINHO, JESUS AND LIVING IN HEAVEN ON EARTH -
I was inspired to do this UN-USUAL post, instead of focusing on my business (LOL), because of a comment someone made on my last post about Mourinho, where he suggested that Mourinho was losing because he was ARROGANT and didn’t recognize that only Jesus was the 'Chosen One'.
I warn you in advance: This will be a controversial, no holds-barred post that will combine football, Jesus ministry with some unusual preaching and comments. It is also very long and has no part 2!
YOU READ IT TO THE END AT YOUR OWN RISK!
But I must ask first: Did Mourinho just start LOSING because he was arrogant? He has been very arrogant since he came into the league, even BEFORE he won anything. Yet, he has WON practically ALL AVAILABLE TROPHIES with different teams in the last 15 years with his 'arrogance'. So why didn’t we ask why he was winning all those matches even when he was arrogant? Of course, now that he is losing, we are quick to point to the arrogant manner as the reason, instead of focusing on why he lost 4-0 to his former team. I say ‘Hogwash’. We like to over-spiritualize stuff, particularly in Nigeria.
The reality is that your spirituality has NOTHING to do with whether you succeed in the game of football or not. China and Russia didn’t even acknowledge Jesus, talk less of believing in Him and yet, they win all the time in Olympics and world cups.
If spirituality of the coach or players was relevant, then Nigeria should be winning the world cup every 4 years. After all, we are the bastion of ‘spirituality’ and earth shaking prayers and night vigils.
- We pray BEFORE every match (I have even seen prayer warriors speaking in tongues during penalty shoot-outs and we still lost. Does it mean God was not listening, or was He was simply telling us to stop our ‘spiritual witchcraft’, and go practice better?)
- We have a church in every corner;
- We have possibly the biggest denomination in the world (excluding probably the Catholic church);
- We have the biggest church auditorium in the world (people point to Oyedepos church but Redemption Camp Arena even makes that Winner's building look like a kindergarten room).
- We have prayer warriors who can pray for 36 hours straight and We have fasting champions who can fast for 40 days and 40 nights.
So, we must honestly ask ourselves, how come we don’t win competitive games? In fact, as Donald Trump would say, 'we are not winning at anything. Believe me". Why? I think its Becos all that spiritual 'credentials' have NOTHING to do with winning in sports. Just like it does not have anything to do with winning in business or in politics.
Lest I be misunderstood, and in case anyone is confused, I strongly believe in Jesus and I believe in Fasting and Prayers, but I believe those things are the most abused part of spirituality. I am firmly convinced that the PERSON OF JESUS CHRIST and the PRINCIPLES OF JESUS CHRIST are 2 different things. We go to Heaven with the first (BELIEF IN THE PERSON AND SACRIFICE OF JESUS) and we prosper and succeed on earth with the second (PRINCIPLES OF JESUS CHRIST).
These 2 principles do very DIFFERENT things, yet most Christians either do not seem to understand that or they simply, and lazily, prefer to cling to the first (the person of Jesus only) and then expect Jesus to give them everything else without following His principles! Basically, many of us have turned JESUS into a magic word that will override even his own Words. Yet he made it clear that HIS WORDS are even more important than his Name!
Sadly, many of us (and I include myself in this too), are very good in claiming and professing the first (Professing his Person), but very poor and in denial in following the second (His Principles). That is why a lot of very good tongue talking Christians are suffering needlessly ON EARTH financially, emotionally and even physically. We don’t practice the PRINCIP 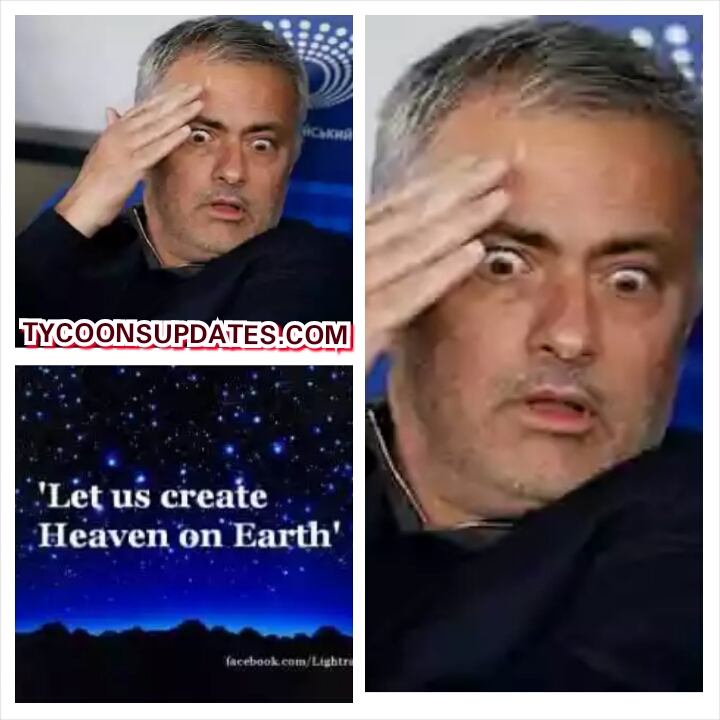